Auto flash is designed to automatically fire the flash when there is not enough light to get a good exposure. The first thing you need to determine is your unit’s flash range… which is the minimum and maximum distances that the flash is effective.

As light travels it spreads out so the amount of light that actually strikes the subject decreases as the subject gets further away. Also, if the flash is too close to the subject you may get overexposure.

NOTE: It will help to record the distance you are from the subject in each shot. Also, be sure the existing light is low enough so the flash is required.

As you study these results you will quickly learn the optimum range of your flash.

OK, now you have a general idea of the range of your flash. Next, let’s look at some of the characteristics of flash lighting and learn how to use it effectively.

Your camera probably has some flash settings you can select for different situations. Examples of the more common settings are fill flash, red-eye reduction, slow synch, and flash off. 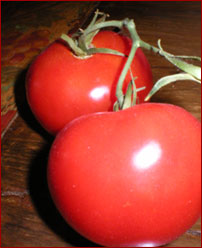 Using front lighting on a subject produces a flat lighting effect, which is common when using on-camera flash. Objects will appear less 3 dimensional. You can also get unwanted shadows which the subject casts on the background.

This image shows both the shadows and the lack of roundness caused by flat lighting. You can also see one other problem when using an on-camera flash…the unsightly, washed-out highlights.

The most common problem with on camera flash, however, is red-eye. If you have taken any on-camera flash pictures, you have probably seen red-eye…your subject looks great, except they have red eyes.

This is caused by the light entering the pupil of the eye, reflecting off the retina (the back of the eye) which is full of tiny blood vessels, and thus you have “red-eye”.

Because flash is often used in low light, the subject’s pupil is more open than it would be in brighter light, so the problem is compounded.

The red-eye reduction feature on your camera usually fires a preliminary flash, or short burst of flashes, designed to cause the pupil to close down, thus reducing or even eliminating the red-eye effect.

This doesn’t always work, but may help in some cases. The closer the flash is to the lens axis, the more likely it is that someone looking straight into the lens will end up with red-eye. Using the red-eye reduction feature can sometimes help reduce this problem.

Using flash can be a great advantage when you have an active subject, such as with children or pets. Flash is very fast…which means a very short exposure time.

It is comparable to using a very fast shutter speed, thus the concern about movement blurring your picture is usually eliminated. This can be a big advantage when shooting those candid moments that are here and gone very quickly.

Just be aware that the flash has to re-charge after each shot, so you will need to wait a few seconds before you can take another shot.

One of the handiest but often least used features that most cameras offer is Fill Flash. A picture taken in bright sunlight usually has very dark shadows. When the brightness range from the highlights to shadows is too great, the image sensor cannot capture both with good detail.

This is where using fill flash can really help. Fill flash fires the flash automatically, even though there is enough light to take the picture without flash. This adds extra light into the dark shadow areas to lighten them up, but not eliminate them.

The result is a much better balanced shot with good highlight and shadow detail.

Now that you understand the basic auto features on your camera, you have a point and shoot camera you can use for lots of your photo opportunities. And you’ll also spot those situations where automatic is not the best choice. So grab your camera and go take lots of pictures.