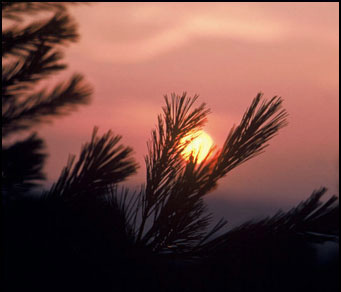 The word photography means: “writing with light”. Indeed, without light there would be no photography…and not much else either. Light is a part of all visual art, but photography is unique in that it actually records light.

When you take a photograph, you are quite simply recording the light that illuminates the objects you see.

“I knew, of course, that trees and plants had roots, stems, bark, branches
and foliage that reached up toward the light. But I was coming to realize
that the real magician was light itself“.
…Edward Steichen…

Since light is the basis of every photo, it would seem wise to learn something about it. Learn to use light effectively and you will soon go from recording snapshots to creating photographs…no one topic you study in photography will advance your skills more than learning to see light.

One of the most important steps you can take to becoming a better photographer is learning to see light. And you are about to discover that this is one topic you can learn both with and without your camera.

Look around you right now … look at the light that is illuminating everything you can see. It is easy to see the objects that the light is making visible … but get past the object and focus only on the light itself.

This is about training your eye and brain to become more aware of light and its behavior as it illuminates various subjects. Later we’ll explore the differences between how the eye and brain record light and how the camera records it.

Start with the highlights, the lightest areas on the objects. Notice how the highlights appear on shiny objects, on glass, on light objects and on dark objects. The car to the left has several different types of surface, from shiny chrome to black rubber … look at how the light behaves on the different surfaces.

And then notice the shadows … not just the shadow cast by the object, but also those dark areas on the object itself where the light begins to fall off.

Are the shadows sharply defined, or is the transition from light to dark gradual? What direction is the light coming from? Does it come from a single direct source, such as the sun, or a lamp?

Or is it indirect, soft light coming from a large area, reflected from light walls or diffused by clouds or an overcast sky? The shadows can tell you a lot about the light … such as the type of light, its direction and how intense or contrasty the light is.

And In The Middle We Have…

Between the highlights and shadows are the mid-tones. These tones will vary from very few in a contrasty light, to a great many in soft light. A well balanced photo (light-wise at least) will have a few light tones, a few dark tones and lots of mid-tones.

Other times, however, your subject may be made up mostly of light tones (or colors) with few middle or dark tones. And some subjects may be mostly darker tones with very few light areas.

As you become more adept at seeing light you’ll start to see how much light can influence your images. Both the quality and the direction of the light can have a profound effect on the subjects you photograph.

Take some time to study the light around you. Observe the way light affects different objects and different surfaces.

Become aware of how the light changes on the object as you go from the lightest to darkest areas.

Also when you find photos you like notice the lighting in those images.

All of this will help to train your eye and mind and soon you’ll begin to use light effectively, often without even realizing it.

In the next article we’ll discuss the Quality of Light in Photography.